Spreads and Treasuries were range bound during the week and look likely to finish the week relatively unchanged.  It was a quiet week for credit which is unsurprising given that we are headed into quarter end.

The primary market kicked off September with its busiest week ever but the torrid pace of issuance has cooled considerably heading into month end.  Weekly new issue volume was $14.5bln pushing the monthly total to $154.9bln according to data compiled by Bloomberg, the fifth busiest month of all time.  2019 issuance trails 2018 by 3.9% on a year over year basis. 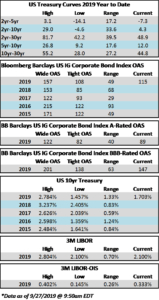 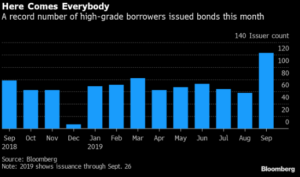 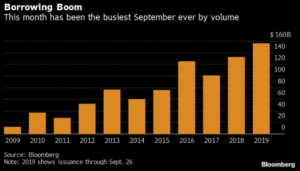