Corporate spreads remained firm this week. The OAS of the corporate index is 1 basis point tighter on the week as we go to print Friday morning.

Per Bloomberg, $7.8 billion of new issuance printed during the week with no deals pending on Friday morning. Bloomberg’s tally of YTD total issuance stands at $699.784bn.

The 10yr Treasury closed above 3% on Wednesday but then retraced several basis points on Thursday. As of Friday morning, 10yrs are unchanged relative to the prior weeks close. 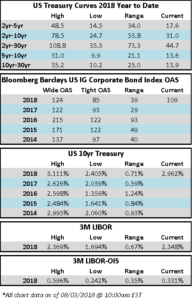 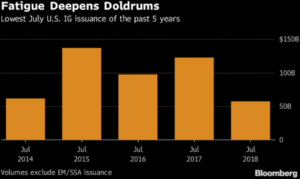