Per Bloomberg, it was the slowest week for the new issue calendar thus far in 2018, with only $2.4 billion in new corporate debt priced through Thursday.  This brings the YTD total to ~$595bn.

Treasury rates did not change materially this week and curves remain flat. 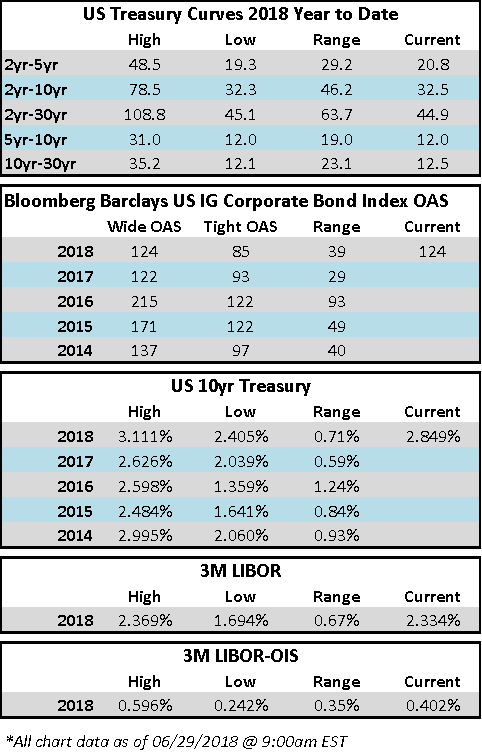 (Bloomberg) In GE Overhaul, Once-Mighty Finance Arm Goes Out With a Whimper