Food prices climbed 1% from the prior month, the largest advance since April 2020, the CPI report showed. Compared with February last year, the 7.9% jump was the biggest since 1981. 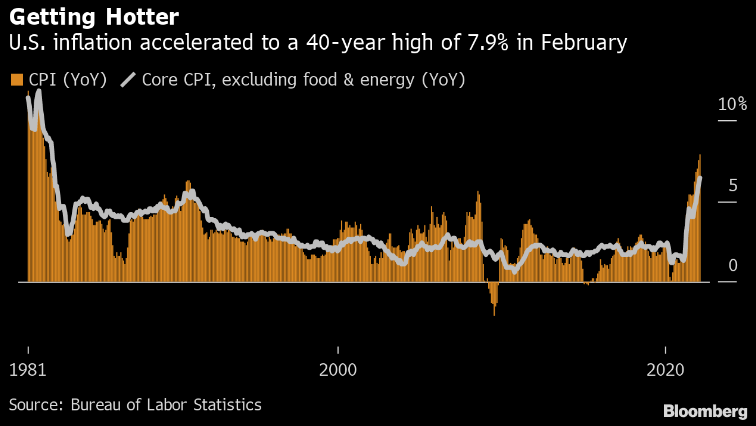