Corporate spreads are modestly tighter on the week.

Per Bloomberg, $31.380 billion of new issuance priced through Friday morning. Banks led the way this week, as they issued $20bln+ in new supply coincident with earnings releases.  Bloomberg’s tally of YTD total issuance stands at $682.784bn.

Treasury rates did not change materially this week while curves have added a touch of steepness off the lows. 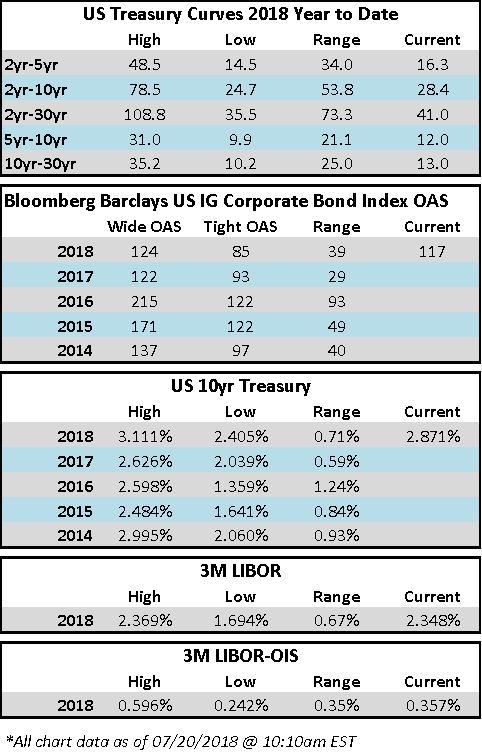