Per Bloomberg, $11.4 billion of new issuance priced through Friday morning.  A slow week of issuance is unsurprising given that earnings season has begun, which precludes issuance due to blackout periods.  Bloomberg’s tally of YTD total issuance stands at $651.404bn.

Treasury rates did not change materially this week and curves remain near their flattest levels of the year. 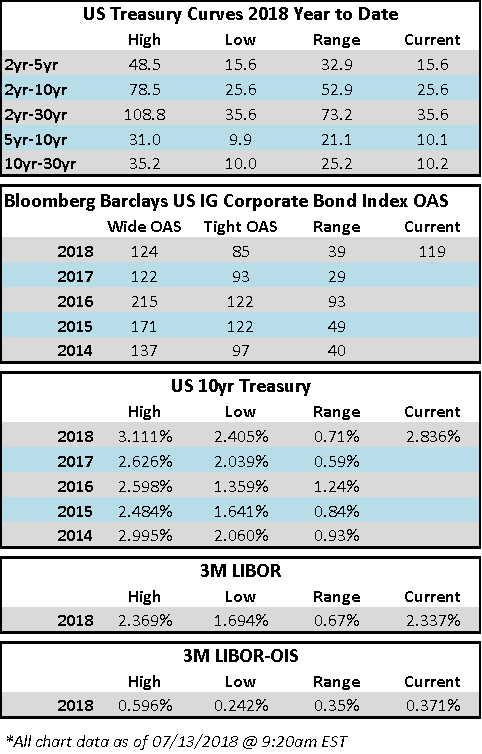