There was no shortage of news in the market this week with political, economic and monetary policy events.  To top it off, on Friday morning we learned that the U.S. and China are now officially in the early innings of a potential trade war, which has pushed the debt and equity markets firmly into risk-off mode as we head to press.

According to Wells Fargo, IG fund flows for the week of June 7-May 13 were +$2.3 billion.  IG flows are now +$68.573 billion YTD.  Short and intermediate duration funds continue to garner assets while long duration funds have been shrinking this year.

Per Bloomberg, 23.37 billion in new corporate debt priced through Thursday.  This brings the YTD total to ~$592bn, which is down 8% year over year.

Treasury curves continue to flatten and are now the flattest they have been since 2007. 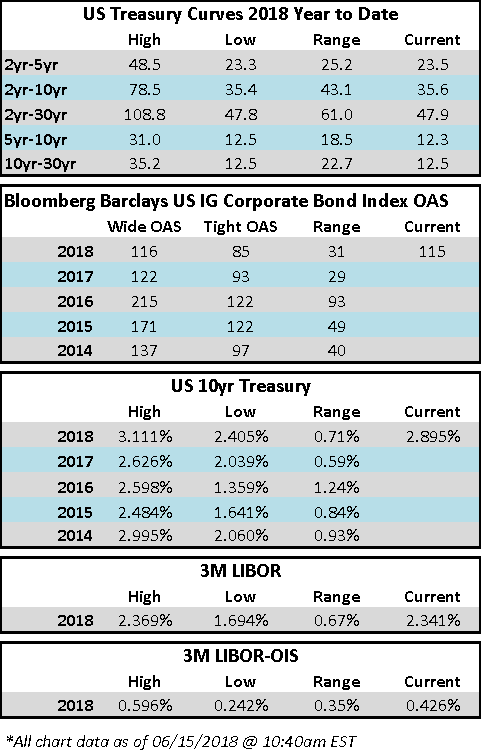 (WSJ) PG&E Cut To BBB By S&P; Still May Be Cut Further