Fund Flows & Issuance: According to Wells Fargo, IG fund flows for the week of May 10-May 16 accelerated from prior weeks, with a positive inflow of $3.5 billion.  Short duration funds have registered 80% of all inflows over the past four weeks, according to Wells.  IG funds have garnered $65.764 billion in net inflows YTD.

Per Bloomberg, over $30bn in new corporate debt priced for the second straight week.  This brings the YTD total to $509bn.  The pace of new issuance is off 2% relative to this point in 2017. 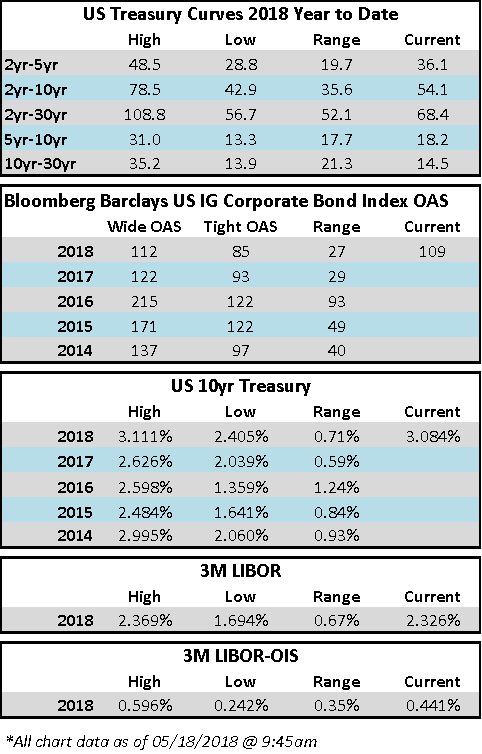 (WSJ) The Era of Low Mortgage Rates Is Over

(WSJ) What Do Tesla, Apple and SoftBank Have in Common? They’re All Hot for Lithium