According to Bloomberg, $44.039bn in new corporate debt priced during the week.  This brings the YTD total to $478.934bn.  Per Bloomberg, this has been the highest weekly volume total since the week ended March 9, which included the $40 billion 9-part CVS deal to fund the Aetna transaction. 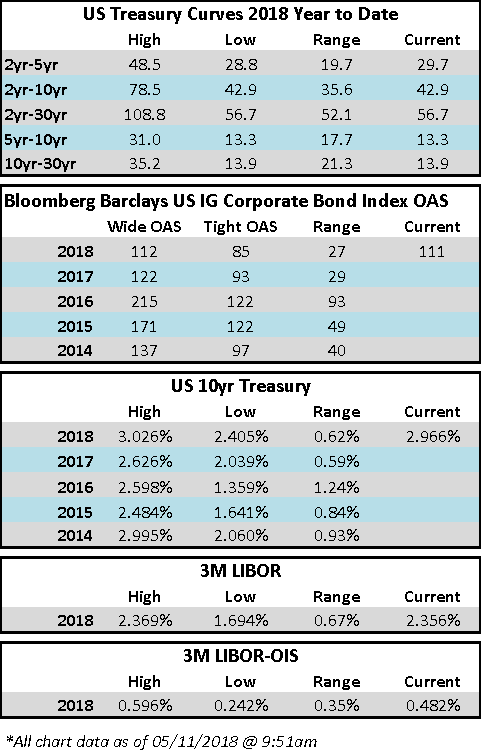